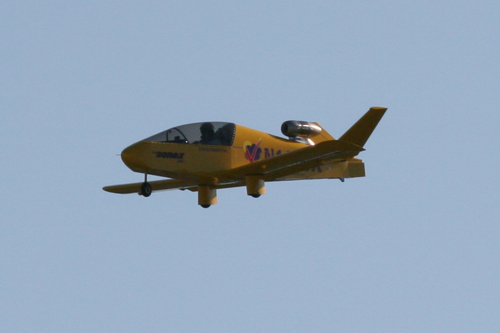 Piloted by Bob Carlton, the SubSonex jet aircraft prototype, JSX-1, made its first flight on August 10, 2011 at Wittman Airport in Oshkosh.

The flight lasted approximately 14 minutes and focused on exploring the low-end of the aircraft’s speed envelope, including stalls, and a low approach in the landing configuration.