An annular combustion chamber was made from sheet metal and used commercialy available oil burners.

The single stage turbine had its blades welded on to a forged steel disc. A simple, stock stainless steel tube, with a welded flange at each end, formed the rotor connecting the turbine to the compressor.

The was a bearing before the compressor and aft of the turbine and a fixed-area exhaust nozzle was used.

The first flight was made in mid 1950 when it powered Fairchild’s Petrel Missile.

As service trial proceeded, so problems with J44 where thrown up, most of them attribuable to over-simplified production. A lot of changes were required, and development of J44 was completed by October 1954 under designation : J44-R-3.

Another use of the J44 was one the experimental Bell model 65 VTOL Aircraft.

The main usage of the J44 was to power the Firebee drone, although, with a specific fuel consumption of 1,55 it could not compete with Continental’s J-69 (Licence version of Turbomeca’s Marbore) and it was taken out of production by 1959. 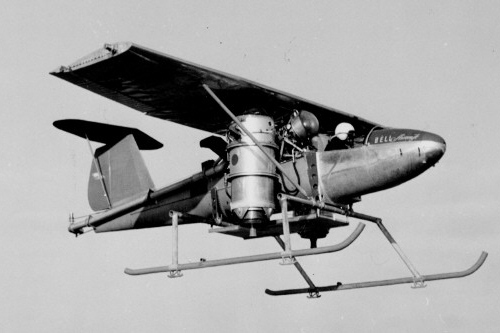 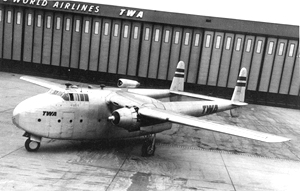